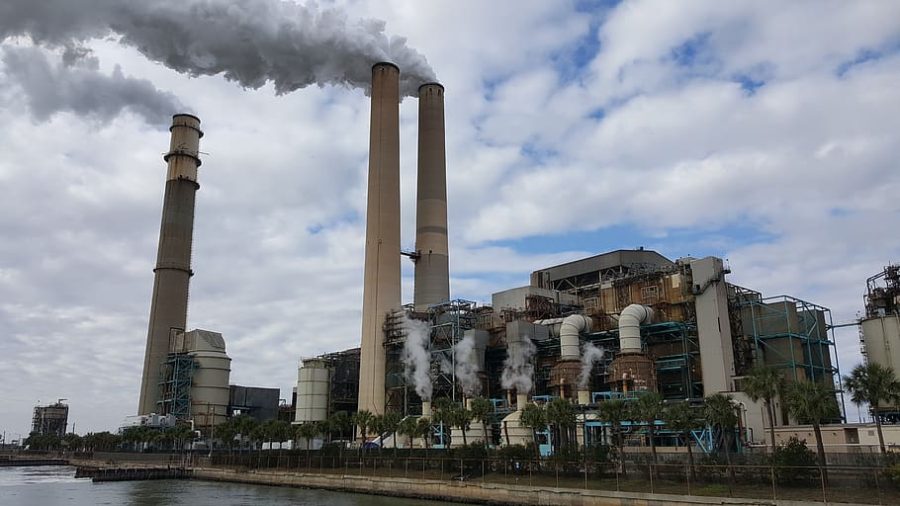 There is so much bad in the world and so much tragedy happens on a daily basis. We citizens have many negative encounters every day, whether it be being approached by a person who only wants to do harm, or encountering an area stricken by deep poverty. As citizens, we expect and depend on the government to solve and prevent mass hardship in society, which is what the government is meant to do. The state government of Michigan should be held accountable for the problems within the communities that they don’t care to solve because that means they aren’t doing what they’ve promised to protect.

One of the many cases where it appears more should be done in order to protect the community would be the industrial air pollution in south Dearborn, Michigan. According to an environmental case study by The University of Michigan, the Dearborn Rouge Steel Factory produces a great deal of toxic waste, water, land, and air are greatly contaminated by the factory, causing many illnesses within the city of Dearborn¨ (Dorroh, 1995). The factory is a major contributor to pollution in the south end of Dearborn, and the environmental hazards are extremely high. This has been going on for several years and continues to grow worse by the day. It has caused illnesses such as the following: damage to the nervous system, cancer, Alzheimer’s disease, and damage to the reproductive system. These concerns have caused an environmental group called The Sierra Club and Environment Michigan, to file a lawsuit against the Ak steel Factory in South end, Dearborn, Wednesday, March 3, 2021, in hopes that the lawsuit will bring long-needed relief to the residents nearby.

The facility has had a history of poor compliance throughout the years even after a federal consent order to pay fines and address commission concerns was released to them. “For years, AK Steel has done little to reduce its harmful impact on our community,” said Samra’a Luqman, a south Dearborn resident and Sierra Club member. “After years of complaining about the impact the facility is having on our community, with few results, we are now taking matters into our own hands and demanding accountability.”

Furthermore, South Dearborn is populated with predominantly low-income families (80 percent, according to an environmental case study by the University of Michigan) who don’t have the means to get health concerns treated. This is where the state government should step in but fails to. The state of Michigan’s government has failed multiple cities. Instead, the government helps better areas that don’t experience poverty and aren’t in situations of deep struggle or an environmental crisis.

If you were to compare and contrast the different living conditions Wayne County citizens live in, you would see that in high poverty areas such as Detroit Michigan, the state government doesn’t care to help and support those specific, struggling individuals. Specifically, the water contamination in Flint, Michigan not too long ago (ending in April 2018), before the state government took any type of action over 115 people had to die. The water crisis in Flint, Michigan has been an issue since as early as 2014, if the government took action as soon as the first sign of contamination was discovered people wouldn’t have had to die and the crisis wouldn’t have had to lead into 2018.  However, areas that aren’t stricken by poverty, such as Grosse Pointe, Michigan are invested in and bettered on a daily basis. Cities like this don’t experience poverty or have environmental issues but continue to have advancements within their community, supported by the state government. As someone who isn’t experiencing hardships like these, it is my responsibility and duty to be a voice for those who continue to experience tragedy, and demand justice.

Moving forward, we need the state government to take accountability and be pressured enough to support struggling areas, such as the south end of Dearborn. This is something we need to take into account the next time we are voting for our state government positions. If we can come together and have enough people speak about this issue, we might start seeing some change. In order to put pressure on the state government to take the actions needed, we should demand change and spread the word, whether it be on social media, in-class discussions, or simply informing a friend about what’s going on. Finally, by forming better relationships with elected officials we are likely to see those in power provide better service to struggling communities in Michigan who truly need the support.