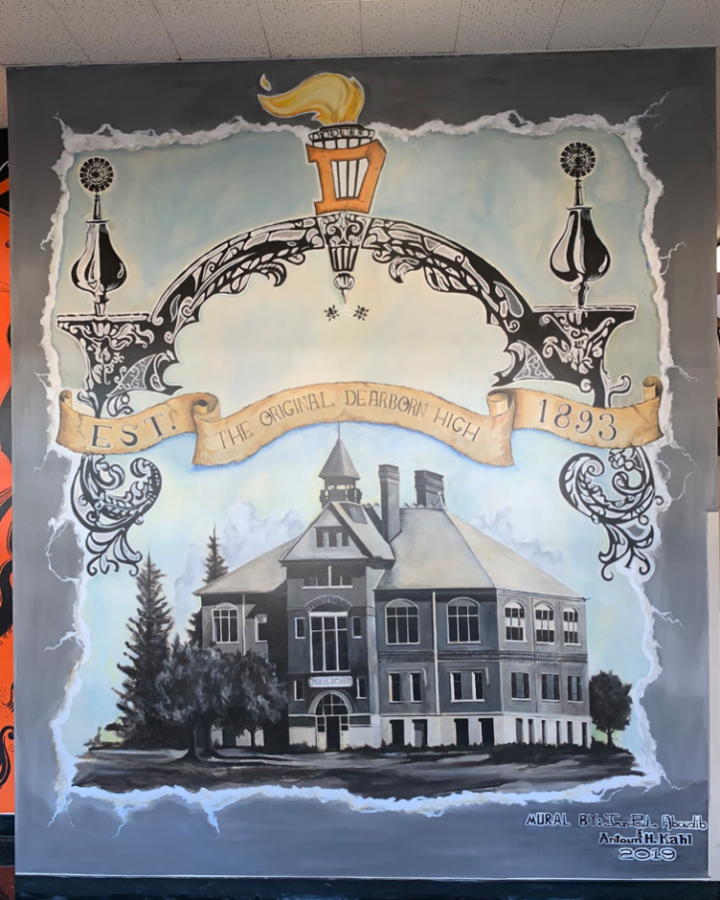 Art comes in many different forms. It presents itself as music, drawing, and even dance. It is something that anyone has the ability to appreciate and admire. A person doesn’t have to be an artist to make art, it can be created at any level of experience.

DHS social responsibility teacher Jean-Paul Abou-Dib has had a passion for art since he was just six years old. Ever since then, he has worked endlessly for thirty-three years improving upon his remarkable talent and making it his own. He has had many instructors throughout the years who have influenced his early work, but as he evolved as an artist, he found a great deal of influence and motivation through his personal experiences.

Near the main office, Abou-Dib painted a mural of the original Dearborn High in 1893 with his cousin Antoum Kahl. This piece of art is a great representation of the growth of Dearborn High since its establishment.
What is the importance of art to you? 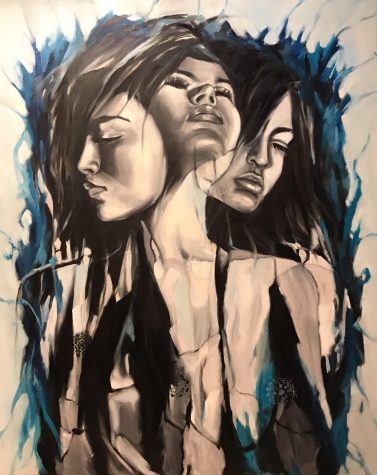 “I think the creative process, whether it’s the visual arts, performing arts, or musical arts, is the empitis of human spirituality. I really do believe it. Creativity is a pentacle achievement of human intelligence and I think without it, like someone else said, ‘Science gives the world understanding but art gives it meaning.’”
What inspires you to make art?
“Good conversation. If I go to a museum and I see a beautiful painting and a drawing where I study the artistic qualities, I want to sort of duplicate that if it’s something I haven’t done before. If I’m walking in the park or something, and I see a tree, I start looking at the composition of the tree and how the branches branch out. Then I start making out the negative spaces and the relationship between that and the positive spaces. So, inspiration can come from just about anywhere.”
How long did it take to paint the mural?
“The mural took me about 450 hours actual hours of working time between me and my cousin, who is also an artist. I hired him to do the job with me and he did a tremendous job.I don’t think I could’ve done it without him, actually.”
What are other projects you have worked on as an artist?
“I’ve done multiple commision work.I’ve done portraits for people. I’ve done other murals for businesses. Mostly independent portraits for people. Anything from family members to old houses they used to live in, so it runs the entire scope.”
What do you enjoy most about art? 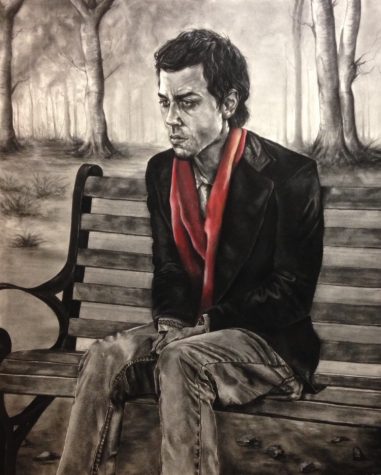 “The creative freedoms and the degrees of liberty with which I can work. The idea that when I’m working and creating something, the notion of time doesn’t even exist to me. It literally ceases to exist in my consciousness. When I sit back and reflect on what I did, it’s a feeling that’s unrivaled by anything else.”
How did you begin to make murals and artwork in general?
“Ever since I just picked up a pencil since I was five, I’ve been doing all kinds of work: whether it’s representational work, whether it’s drawing people, whether it’s completely abstract work. I pretty much try to find what the client wants and I try to work within the parameters that they want, but also staying true to my integrity as an artist. I’ll go with whatever style I’ll find inspiration in. I don’t like to cage myself in any particular style.”
What is your all time favorite piece of art?
“I like Guernica by Picasso. I like most of Picasso’s blue period. Some of my favorite artists from the 17th century are Rembrandt Van Reijn, Franz Hals, Diego Valesquez and Artemisia Gentaleski.”
What is the hardest part of creating a painting? 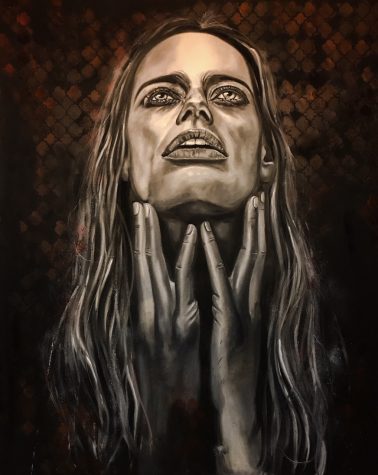 “For me it’s finding inspiration. So there’s two components: finding the inspiration to do it in the first place and really truly understanding and listening to the painting when it’s telling you that its complete. Sometimes I have a tendency to overwork the painting, so listening to it when it tells me ‘do not touch it anymore’, that’s the hardest part for me, to just set down my analytical brain and just surrender to the painting”
Do you feel like pictures speak to you?
“Absolutely, there’s no question. Just like I think the strongest expression from human to human is body language, much more so than words. I transfer that to a painting, drawing, print, or sculpture. When it says something, it says it vociferously; meaning super loud and commanding.