Cans For A Cause 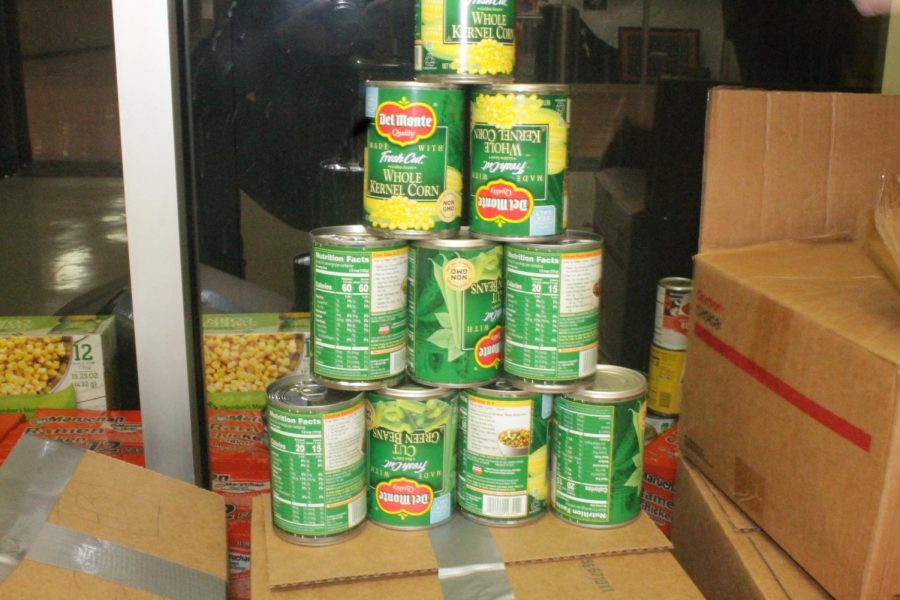 The fifth annual “Battle Against Hunger” was held from Nov. 18 to 24 this year. Battle Against Hunger is a week-long fundraising event in which multiple Dearborn schools in the district compete to see who can raise the most money and canned foods for low-income families that are struggling. It first started off between Dearborn High School and Fordson and eventually Edsel Ford and other elementary and middle schools in Dearborn became involved.

Last year, over 200,000 food items, amounting to almost 12 tons, were donated to provide for thousands of families in Dearborn.This year’s campaign raised over 59,000 cans district wide. Two non-profit organizations, Zaman International and the Amity Foundation, have agreed to assist in this approach.

DHS Senior Lily Fakih said that having the fundraiser between different schools as a contest would be more effective than just DHS doing it.“We didn’t want to just have Dearborn High involved because we wanted a more lasting impact on the community,” Fakih said. “We realized that one way we can really get the community involved is through competition.”

FHS Junior Zeinab Alghanem said that the fundraiser helps supply food for students who depend on the free lunch given to them at school.“Much of our students rely on the food the school provides and when they leave for break they don’t have any food,” Alghanem said. “We decided to step in and as a community, push the effort to make sure those families and students get food over the break.”

FHS teacher Angela Altomonte, an organizer of Battle Against Hunger, said that the fundraiser does so well because students get a first hand experience in how to run a campaign. “I think it is successful because not only are we helping people in the community, we can see how much we’re helping them, but also the students are going out and seeing the work that they have done during the week and what it looks like,” Altomonte said.

Altomonte said the idea that DHS and FHS are rivals is not good and that the two schools should be supportive of each other. “The way people now view Fordson and Dearborn is horrible. We have made ourselves look like we are at war with each other when we should really be one big family,” Altomonte said.