The importance of voting in the 2020 Presidential election 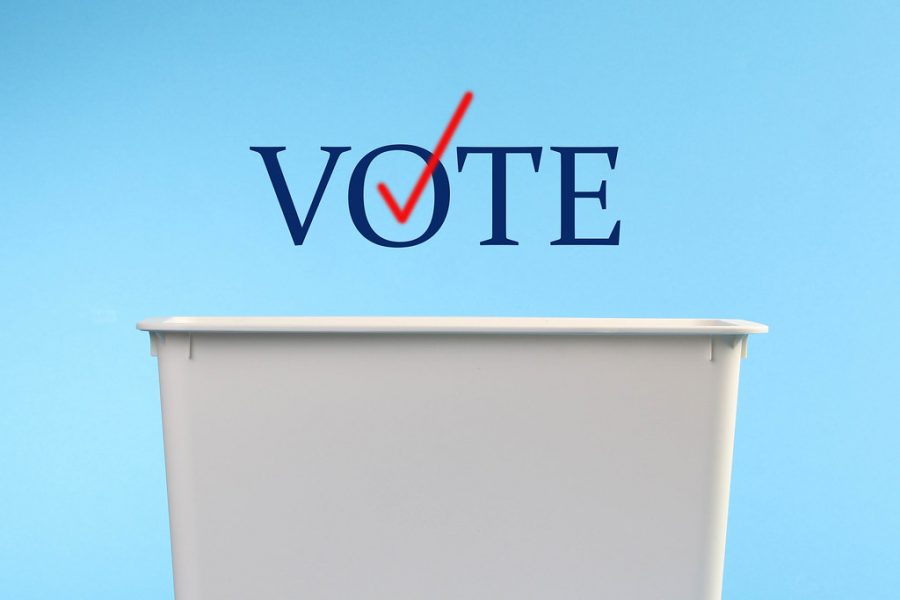 With the 2020 presidential election approaching, the importance of voting has been the talk of many news stations, articles, and social media influencers. The discussion of going out to vote has been talked about in the 2020 election, possibly more than ever, due to the large portion of United States citizens who did not cast a vote in the 2016 election who could have saved our country from ultimately becoming worse in multiple aspects. Those issues include the heightening of racial tensions in the U.S., the handling of COVID-19, and the worsening of our economy. Casting a vote in this election is more important than ever for the sake of bettering our country. Voting for a new candidate and getting President Trump out of office is the ideal solution for bettering the future of our country.

With the 2020 election approaching, it seems as if moving on from President Trump would be the ideal solution moving forward for our country. In 2020, racial tensions have increased due to the systemic racism and of police brutality of African Americans  with George Floyd and Breonna Taylor being a couple of the most discussed incidents this year. With racial tensions increasing, it is important to have a president that will make his efforts to unite the members of this country while also condemning the abuse of power from police officers around the country. However, President Trump has in fact done the opposite. In a CBS interview this year, when asked about the killing of George Floyd and why Black Americans are still dying at the hands of law enforcement, Trump stated, “So are White people. So are White people. What a terrible question to ask. So are White people.” This is just one of the many examples of when he has been completely dismissive of the issue at hand. When a president is not able to speak about an issue of such high importance, but would rather belittle the issue of racial injustice, people become more upset and his comments cause his supporters to also become ignorant of the issue. When people are upset, they may become upset at each other, and can ultimately lead to our country becoming more divided.

Not only has President Trump been a reason for the heightening of racial tension in our country, but he has also been a key factor in the rise of COVID-19 cases and deaths in the U.S. Since the beginning of COVID-19 entering the U.S., President Trump has downplayed the seriousness of the virus and the impact on the lives of citizens. When the U.S. reported iits first case on Jan. 22, 2020, President Trump claimed that everything was “under control” and that over some time, COVID-19 would disappear “like a miracle.” However, as time has passed, COVID-19 has risen to approximately 9 million cases and 200 thousand deaths since its first entry into the U.S. according to The New York Times. Being dismissive of COVID-19 is just the beginning of President Trump’s mishandling of the virus. President Trump recently called it “patriotic” to wear a mask. However, his previous beliefs were not so consistent with that statement. In June of this year, he stated that people only wear masks to show their “disapproval” of him rather than as a preventive measure. He also retweeted a photo in May of this year which mocked former Vice President, Joe Biden, for taking the precaution of wearing a facemask in order to prevent the contraction of COVID-19. With President Trump making these comments on the coronavirus

With President Trump being the root of many issues in the U.S., he is also partially responsible for our economy becoming worse throughout the course of 2020. Prior to the coronavirus outbreak, he made the claim that he built “the greatest economy in the history of the world.” However, this statement did not age well. In the second quarter of 2020, the U.S. economic growth contracted 30%, three times greater than the 10% fall in 1958, according to the U.S. Bureau of Economic Analysis. Much of this fall can be credited to his mishandling of COVID-19 which has also caused unemployment rates to skyrocket becoming the highest rate since The Great Depression, according to the U.S. Bureau of Labor Statistics.

It is important, possibly more important than ever to vote for a new candidate to lead our country in a better direction. President Trump, during his four years in office has failed our in multiple aspects. Which is why Americans must choose to move on, and move forward for the betterment of our country.